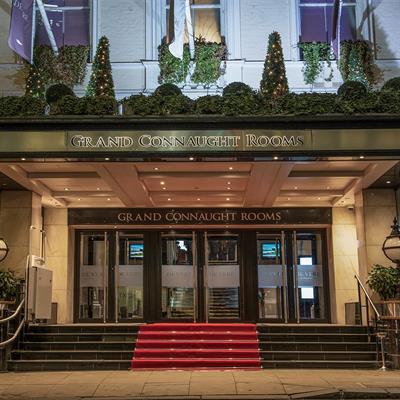 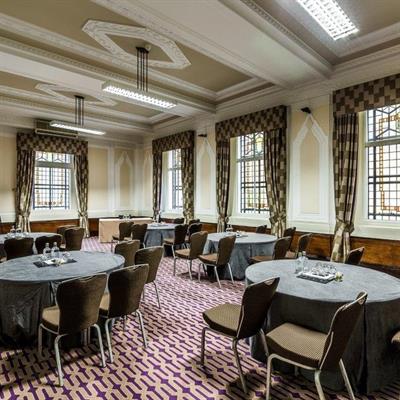 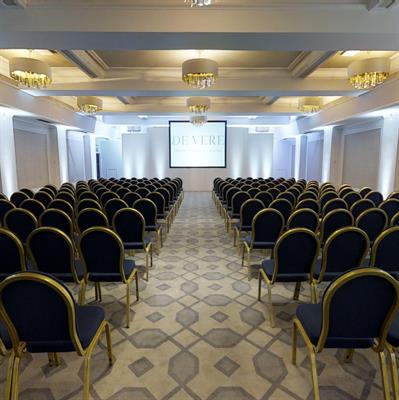 Examples of the room include the centrepiece of the venue which is The Grand Hall, a remarkable space with its beautiful ornate high ceilings, detailed wood-panelling and soaring chandeliers for up to 750 guests theatre-style, making it a popular choice for bookers looking for a large and impressive space in the capital.

The adjoining Balmoral Suite is a large open space and ideal for breakout sessions and drinks reception whilst across the hall; the Drawing Room features a circular bar along with an ornate ceiling and large windows looking out to London. Next door, the decorative theme continues in the Edinburgh Suite with its chandeliers and original features.

On the 2nd floor, the Cornwall Suite with its dramatic ceiling and feature lighting holds up to 300 guests theatre style whilst the adjoining Crown suite is flooded with original features including a domed ceiling for up to 120. There are several more rooms to choose from!

The De Vere Grand Connaught Rooms can be found between Covent Garden and Holborn tube stations in the West End of London.

#DidYouKnow Great Queen Street was described in the 18th century as ‘the first regular street in London’. It is shown on the Agas map on 1560 as a path across Aldwych Close. James I adopted it as the route to his favourite residence, Theobalds, and by 1612 the track had become built up on either side. The first property to stand on the site of where the Grand Connaught Rooms stand today was the London mansion of John Sheffield, the Marquis of Normandy, sometime known as “Lord Allpride” due to his haughty and arrogant manner!

See the best festive options near you!